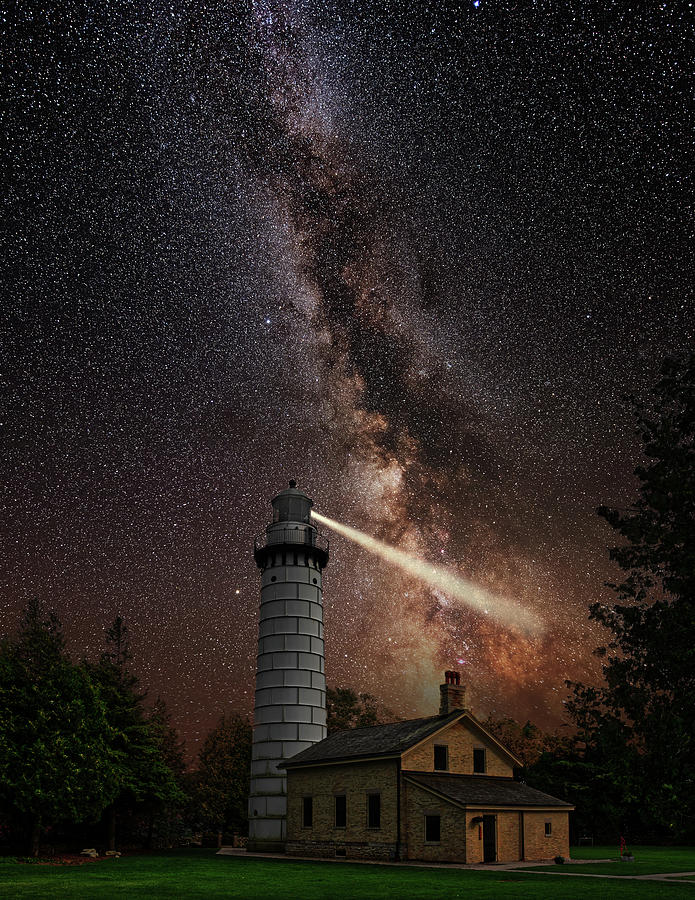 "Galactic Beacon"
This is a "digital creation" of a scene I'd "like to capture" if it were possible (i.e. being on the island late at night in the summertime) using two of my images. First image was a shot of the Cana Island lighthouse (Door county, WI, on Lake Michigan) taken on 8/28/21 in late afternoon, and the second image was a Milky way scene I shot in very dark sky site (North Dakota) last year. I adjusted the lighting on the daytime (lighthouse) shot to approximate dark/moonlit or starlit type appearance. The searchlight beam was added in by "painting" with a semi-transparent brush. I positioned the Milky Way in approximate correct position for this direction's view of the lighthouse in late summer.