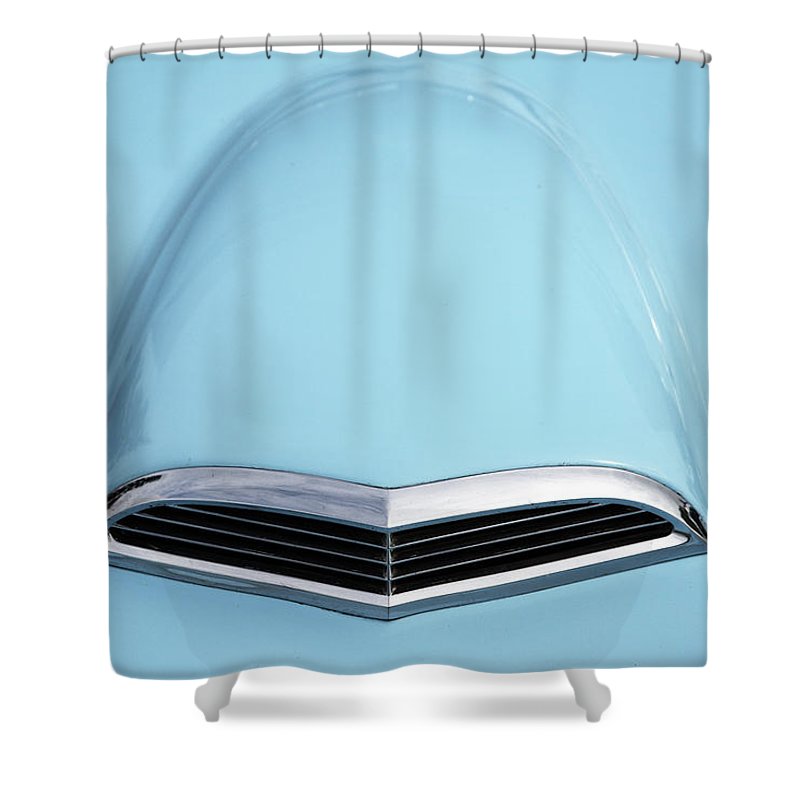 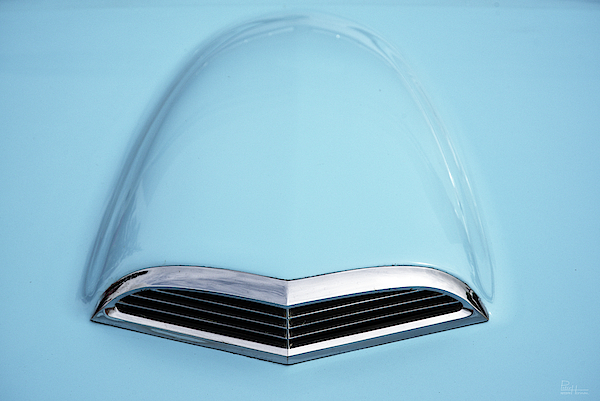 Our shower curtains are made from 100% polyester fabric and include 12 holes at the top of the curtain for simple hanging from your own shower curtain rings. The total dimensions of each shower curtain are 71" wide x 74" tall.

Hood detail of a 1955 (?) Ford thunderbird in Thunderbird Blue, I believe. Captured at the Oregon Wi car show, June 2019.