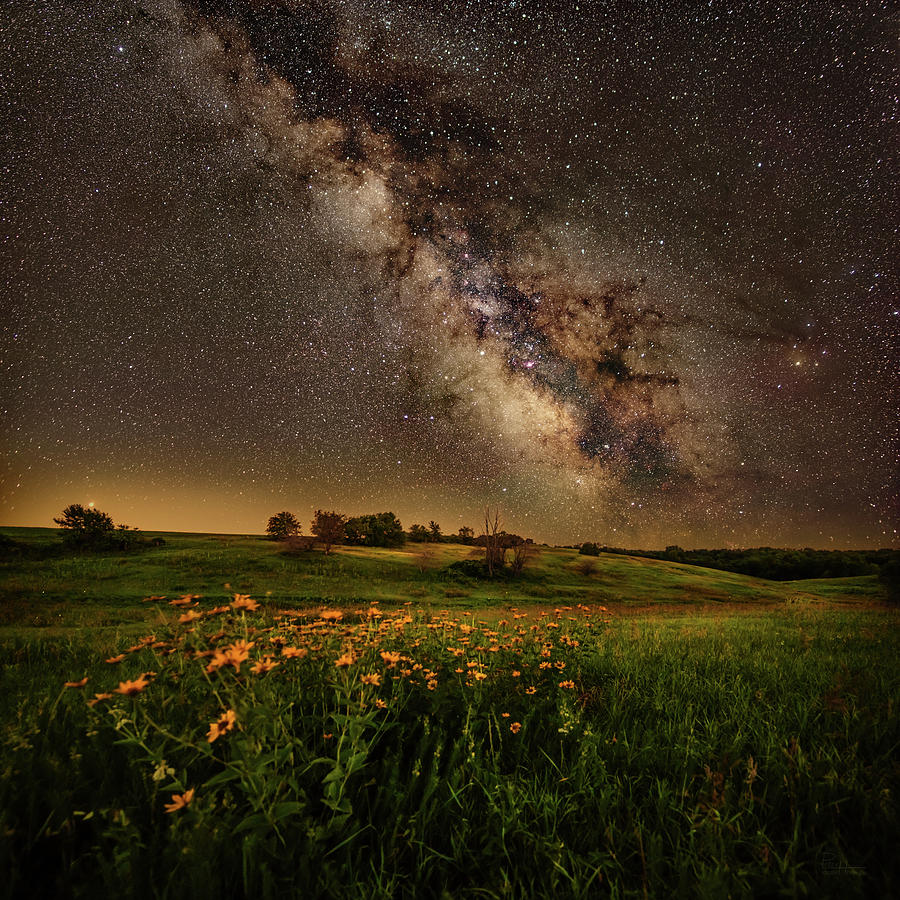 This beautiful nightscape of the summer milky way, arcing above a path of native wildflowers in York Prairie State Natural area (Wisconsin) was captured in July 8'th, 2018. This image (#3) was captured after midnight so sky was at its darkest and milky way detail is maximised by combining seven exposures. A similar image (#1) was captured during twilight while there was still some glow in the sky which gives it yet a completely different feel. It was an amazing night - coyotes were howling just a few hundred yards from my setup. It was dead-calm, quite dark skies (for Wisconsin), and very few mosquitos and almost no cars on nearby roads. Image captured with Pentax K-1 and Rokinon 24mm lens at f1.7, seven separate 30 sec exposures stacked and aligned to minimize sensor noise and maximize milky way detail.

Congratulations on your sale of this wonderful artwork! F/L

congratulation on your sale1