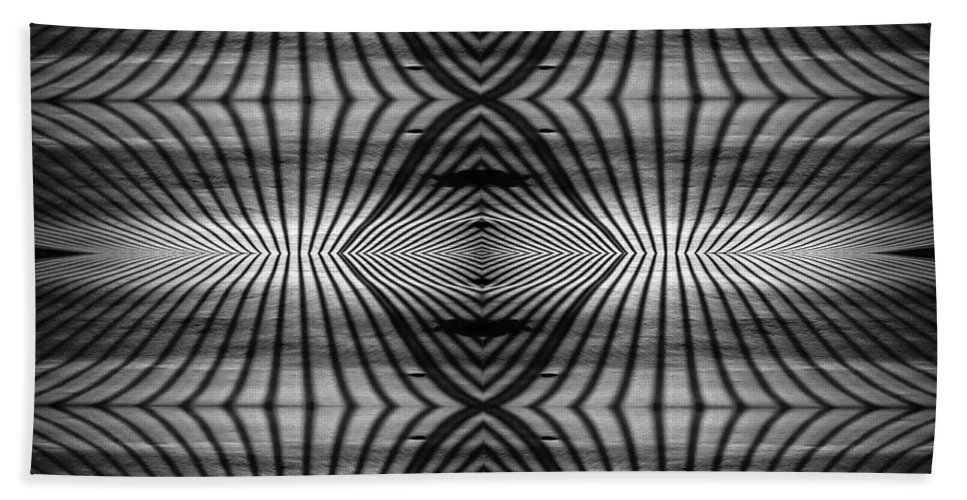 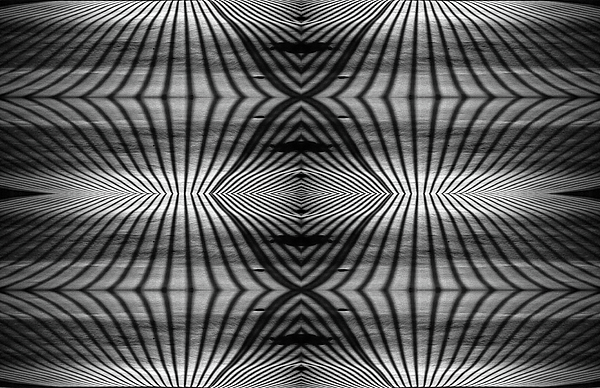 Decorate your bathroom and dry yourself off with our luxuriously soft bath towels and hand towels.   Our towels are made from brushed microfiber with a 100% cotton back for extra absorption.   The top of the towel has the image printed on it, and the back is white cotton.   Available in three different sizes: hand towel, bath towel, and bath sheet.

There are no comments for Snow Shadows - Abstract mirrored shadow pattern cast by deck railing on fresh snow at night.   Click here to post the first comment.

Snow Shadows" While walking my dog at night, I noticed that the deck railing of neighbors house was casting cool geometric patterns on the fresh snow, and I thought it would be interesting to do some mirroring on it - this being a triple mirror. It is a gigantic image file, so could be printed VERY large and would work horizontal or vertically (although horizontal is the "as viewed" orientation of the snow surface). Image captured 1/24/19 with Pentax K-1 and DFA28-105 lens.