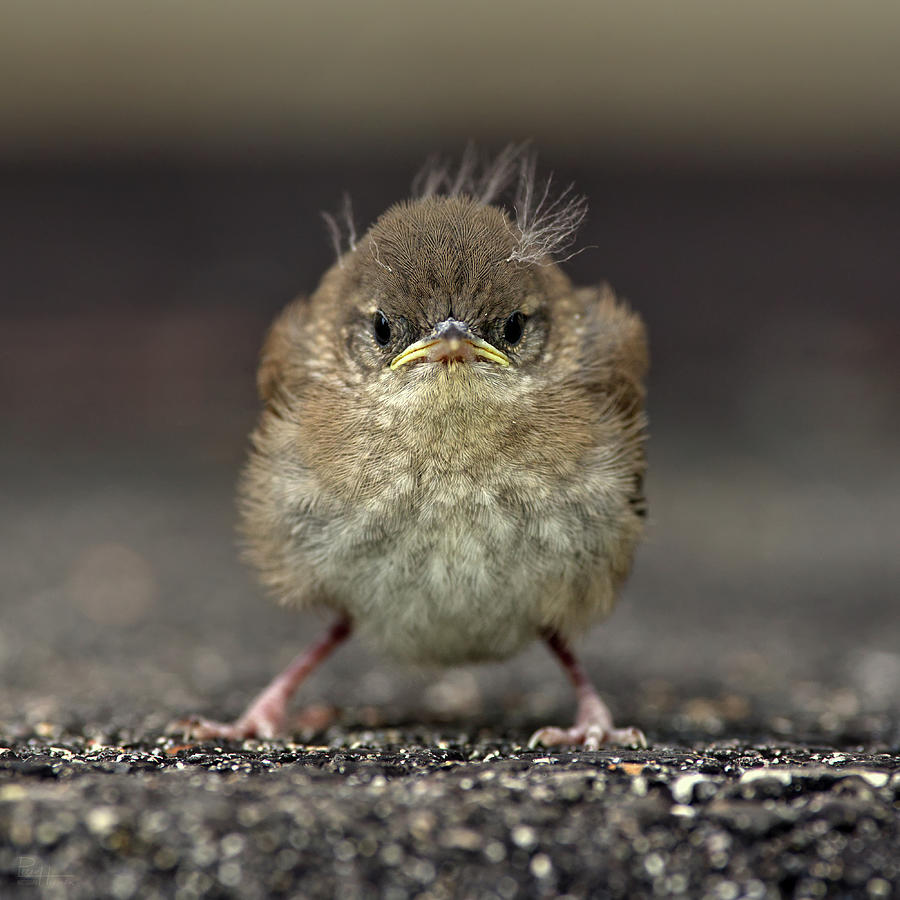 This just-fledged baby wren appears to be very angry, but looks can be deceiving - it was actually very curious, and kept hopping up to my lens so I had to keep backing away! Shortly after I took this shot, it actually flew up ONTO my son's head, and sat there happily for several minutes before flying off to a rock perch! We could not believe it!

Note - there is another version "Angry Bird Trio" which contains three wrens - two of them facing this angry one, which might be of interest. . Also, a black and white version of this shot is available (search same title)

"The great artist is the simplifier. Vincent Van Gogh" CONGRATULATIONS ON YOUR RECENT SALE OF AN WONDERFUL WORK!

Congrats on your sale!!

This bird had a CRAZY personality! It really bonded with my son! And must've thought my lens was its mother.. Maybe reflection..